Attention deficit hyperactivity disorder (ADHD) is an increasingly diagnosed and medicated problem, particularly amongst children in Perth, WA.  It is one of the most common issues we see at our Perth clinic.

Symptoms include restlessness and difficulty in maintaining attention and concentration, which affects schoolwork and homework. This is often complicated by behaviour that is difficult and aggressive, including violent striking out and defiance. Specific and general fear, phobias and anxiety may also occur. 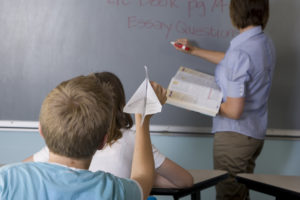 Impulsivity is one of the most troubling issues for the parents of ADHD children. They can act act on any whim that enters their head. Their behavior can show little or no forethought, reflection, or consideration of consequences.

There is a lot of crossover in the symptom pattern of children with autism spectrum disorder. For that reason, similar homeopathic remedies may be indicated. That is why we have included a section on that at the bottom of this page for comparison. However, we have a separate page on that issue.

Can Adults Have ADHD?

It not only an issue of children. Adults can also have ADHD. The hyperactivity is not such a problem. But the impulsiveness and restlessness can remain. They have difficulty paying attention. Strong emotional reactions, difficulty with relationships and in the workplace can also be a problem. Because homeopathy treats the whole person at whatever age and pays close attention to the mental presentation, we can also help with adult ADHD.

ADHD is often used as a general term for the whole pattern of symptoms, but where concentration and attention problems occur, without restless or aggressive behaviour, the term applied is ADD or Attention Deficit disorder. Medically, there appears to be a trend to call ADD “ADHD, inattentive sub type”. The child has difficulty paying attention in class and is easily distracted. Many homeopathic remedies can also be indicated here, depending on the whole pattern.

ADHD can also be confused with the other medical description of difficult children: Oppositional Defiant Disorder (ODD). In this condition, there are frequent and persistent displays of anger, arguing and defiance or vindictiveness towards the parents and other authority figures.

Homeopathy and naturopathic approaches are not interested in the label itself, because we treat the child individually. However, at our Perth clinic we have medicines to treat the full spectrum of difficult behaviour, where it is a real problem and not dependent on the environment.

For that reason, don’t think you have to have a medical diagnosis for your child to receive treatment at our clinic. We remain open minded but sceptical of the labelling and “medicalisation” of every pattern of behaviour. Bear in mind, homeopathy can treat and heal any level of emotional imbalance. It is also best to balance the child emotionally before the problem becomes serious. 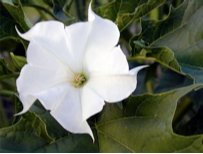 In the treatment of ADHD, naturopathic principles must be borne in mind. We should investigate the diet and the family and classroom dynamics and not just “blame the child” Where medicines are indicated, however, there are a range of homeopathic remedies to cover the different presentations in children.

You should always understand that a homeopathic medicine can only bring a child back to a point of balance, to where he or she should be. It doesn’t impose a change on the child in the way that drugs do. The inappropriate or “wrong” remedy will do nothing. It is up to our skill as practitioners to observe clearly and without prejudice and understand the pattern and triggers to the behaviour.

As always, it must be stressed that the choice of remedy for ADHD and ADD depends on the whole pattern of symptoms of the patient, including physical complaints. A series of remedies may be needed, and potency choice is critical. Only a skilled homeopath should prescribe.

ADHD: the Role of Emotional Trauma and Shock

In our experience, many behavioural problems in children can be linked to birth trauma, emotional distress of the mother during pregnancy, or early childhood abuse. Birth by caesarean section, while a more subtle contributing factor – and often life saving – is also a form of trauma that unfortunately may have repercussions.

Childhood abuse and other contributing emotional issues within the family dynamics, such as marital conflict and separation can also contribute. Homeopathy has many medicines to help heal these specific situations. At least it is a consideration in the remedy chosen. 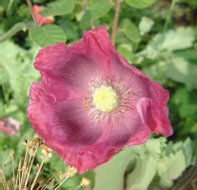 There are a number of homeopathic remedies that may be indicated to help heal birth trauma even years afterwards. This depends on the exact experience and eventual presentation. In fact, where these homeopathic remedies are indicated later in life, we may often trace the patient’s complaints to a difficult birth, where we have access to that information.

Other learning difficulties such as dyslexia are treated by homeopathy, with medicines that produced just such difficulties in their experimental provings. As always, they are individually prescribed to the specific case, and not just to the dyslexic symptoms.

In this study in the UK twenty children with ADHD were given homeopathic treatment for a year in addition to conventional care.  They improved more than children who were given medical care only. In addition, the homeopathic group continued to improve for at least a year after treatment.

Here is a video where the lead researcher explains the trial and the results:

The autism spectrum, including autism itself, Asperger syndrome and Pervasive Developmental Disorder (PDD-NOS) are psychological conditions that are marked by by widespread abnormalities of social interaction difficulty communicating. As well, they have restricted interests and repetitive and obsessive behaviour. There may also be sensory processing issues: they may be affected adversely by bright lights or loud noises particularly.

They share certain features with OCD (obsessive and compulsive behaviour) and ADHD (restlessness and attention problems and sometimes aggression). 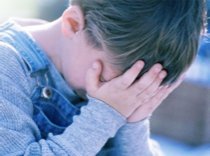 In the worst cases the individual appears locked away in their own world.

A combination of traditional and modern homeopathic approaches have proved useful in helping  autistic cases. European homeopaths and naturopaths have also recently introduced some new approaches and remedies that have helped  treatment of the autism spectrum.

This clinic has seen significant improvement in most autistic cases, and some are close to total recovery.