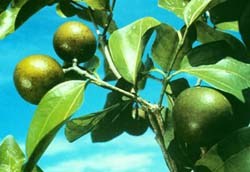 Irritable Bowel Syndrome (IBS) is relatively easy to manage with homeopathic medicine. When combined with the non-invasive naturopathic lifestyle advice given at this Perth naturopathic clinic, it  frequently leads to a complete alleviation of symptoms

Irritable Bowel Syndrome is a “functional disturbance” of the gastro-intestinal tract (GIT). This means that digestive system functions is altered, although clinical investigation shows no disease or inflammation. Symptoms can include diarrhoea or constipation, or an alternation of both. With constipation, there is often an incomplete evacuation of stool. Abdominal pain and wind and bloating are common.

Women are two to three times more frequently affected than men, and hormonal factors often play a part in aggravating symptoms. Also, certain foods can trigger symptoms. But the biggest causative factor is usually the effect of stress. This condition illustrates the importance of the gut-brain connection, as we will explore below. That is the reason that holistic treatment of the whole person is so necessary.

To diagnose Irritable Bowel Syndrome or IBS it is necessary to exclude coeliac disease and more serious pathologies of the GIT, such as Crohn’s disease and ulcerative colitis. Infection with clostridium difficile and parasites like entamoeba histolytica and cryptosporidium also need to be discounted.

No one cause is acknowledged for Irritable Bowel Syndrome, but naturopathy understands this problem is contributed to by a number of factors. Food intolerances (not necessarily allergies) may be responsible for some symptoms. Mental and emotional factors and “stress” may be triggers if not the main cause. It may be complicated by and co-exist with adrenal fatigue syndrome or chronic fatigue syndrome and fibromyalgia. And previous infections of the GIT and antibiotic and other drug treatment that have disturbed the bowel flora and caused an over-sensitivity of the bowel wall appear increasingly suspect.

In this clinic we suspect that history of prior infection is one of the key causes of Irritable Bowel Syndrome. We find that Drs Bach and Paterson in the 1920’s and 30’s developed one of our most useful homeopathic protocols . A protocol is a system or way of prescribing.

Bach and Paterson identified these protocols in hospital studies. They restored harmony to the bowel flora adhering to the wall of the large intestine.  In this way they positively influenced chronic diseases, especially disturbances of the gastro-intestinal tract. These bacteria are so important for overall health, as the gut is responsible for about 80% of the immune system.

Research on Homeopathy in IBS

A recent 2018 study investigated the use of these bowel nosodes for patients with IBS and other symptoms of dysbiosis symptoms.  Of those in the trial, 69.6% showed some improvement, while 26% had a major improvement or eradication of symptoms. They were not given any other homeopathic constitutional treatment. In is our experience these nosodes along with deeper acting indicated remedies prescribed holistically give an even better result. We call these deeper remedies “constitutional remedies (described below).

Just trying to replace beneficial bacteria with probiotics such as acidophilus will have only a moderate effect here. That is because they merely influence the free ranging bacteria, without affecting those adhering to the bowel wall. Many of these protocols cover most of the symptoms of IBS, when individually prescribed to the exact picture. They should be combined with constitutional treatment covering the full spectrum of the patient’s complaints, mentally, emotionally and physically. That way dramatic and lasting improvement should result. 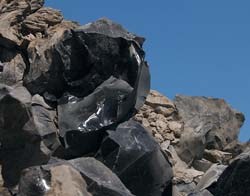 In IBS, as always in homeopathy, the focus is not just on trying to treat the symptoms. While there are many good remedies for constipation, diarrhoea, wind and abdominal pain, the focus is on finding the remedy that covers the whole patient: not only the bowel and abdominal symptoms, but the full spectrum of their health.

That includes their personality and temperament, the personal history including every other health issue, and their family medical history. Otherwise, prescribing just on the gut issues may slightly and temporarily relieve symptoms. But it will do nothing towards permanently relieving the problem.

Homeopathy suits the treatment of IBS, because there is a direct connection between the gut and the brain. It targets the whole person: body, mind and emotions. In one sense, the remedies are seen as “personality types. For example, we may look in summary at three different remedy types with typical symptom pictures on the mental, emotional and physical levels that suit irritable bowel syndrome.

One type may be irritable anxious and easily stressed, with sugar cravings, wind and bloating, and experiencing energy dips in the afternoon. That is the remedy Lycopodium. Another is idealistic, easily upset and disappointed, with crampy abdominal pains and a difficult stool even if soft, which is Ignatia. Then there is the irritable, driven workaholic who craves coffee during the day to keep going and alcohol at night to relax, resulting in poor sleep. He (and it is typically a male remedy) also has abdominal pains, discomfort, nausea and incomplete bowel motions. That is Nux vomica.

These are examples only and simplified for clarity. There is much more to a successful homeopathic prescription than that. Also the potency and dose and frequency of repetition needs the advice of a qualified homeopath. Not only that, other remedies may be indicated in the course of treatment, and without skilled prescriptions, the possibility of fixing the problem is unlikely.

You should also understand that many naturopaths use homeopathy in a limited and simplified way and advertise as homeopaths. Some of these now show up on Google searches on page one as homeopaths in Perth, simply on the basis of claims on their website. But naturopaths have only very basic training in the science and art of homeopathy (usually one or two units in their course). That is, unless they have done extra studies and have a separate qualification. At this clinic, we are fully qualified in both homeopathy and naturopathy, so you are assured of the best treatment.

In a typical case of IBS, there is a choice of literally dozens of remedies . A skilled homeopath needs to prescribe the precise potency and repetition for a successful and lasting result. And in most cases we need to prescribe a sequence of remedies accurately over many months. These changes depend on the gradual changes in the system. In most cases of IBS we find it necessary to prescribe complementary nosodes with the constitutional treatment.

Naturopathic Treatment and Diet in IBS

We also believe it is important, from a naturopathic viewpoint, to look at the patient’s lifestyle and diet. Poor diet and inadequate stress management are definite trigger factors for those with Irritable Bowel Syndrome. Dietary fibre needs to be adequate, with an emphasis on water soluble fibre, not insoluble fibre like bran.

In fact wheat and other gluten containing foods may be an issue. Some of these foods, and nuts and beans and legumes also contain lectins, which can be an issue. Many are sensitive to fatty foods, chocolate, additives and preservatives, alcohol, caffeine and spicy foods.

While these may need to be avoided for a while, after a period of treatment food sensitivities and intolerances can usually be improved and the occasional indiscretion tolerated.

The constitutional homeopathic remedy should improve the patient’s response to stress, but it is equally important to have adequate rest and recreation, exercise and other stress moderators such as meditation.

Importantly, with the combination of naturopathic management and homeopathic medicine, this clinic aims to help resolve the patient’s problem with Irritable Bowel Syndrome for good.