Most Fibromyalgia patients are initially unaware that they have this syndrome as it has only recently been recognised as a condition.

It is something that we now treat almost daily at our Perth naturopathic clinic.

The syndrome has become increasingly common, and is now thought to affect about 4% of the population.   As it is often misdiagnosed, the incidence is probably much higher. Until recently it was not generally accepted as a valid diagnosis by the medical profession. It often coexists with chronic fatigue syndrome, another controversial and poorly understood problem.

Clinical trials have shown that homeopathy is very successful in its management; and many cases also improve with naturopathic and nutritional strategies.  See below for the results of these trials. At our Perth clinic we work with homeopathy in conjunction with diet, but sometimes supplements will also be recommended. References for clinical trials are provided at the bottom of this page.

With homeopathy and naturopathy combined as practised together at our Perth naturopathic clinic by Michael Blanch the majority of cases significantly improve. Treatment is individual and is prescribed to that person’s unique pattern of symptoms. Results are often rapid, with improvement in pain, energy levels and sleeping patterns within a few days. Many achieve permanent relief after a few months of treatment.

People with fibromyalgia (or fibromyalgia syndrome or FMS) often describe their condition as a flu-like illness that doesn’t resolve with time. They are low in energy or exhausted and have difficulty thinking, speaking and finding the right word described as “brain fog”. Sleep patterns are disturbed, and insomnia and restless sleep are common, and many have “restless legs”. These symptoms are similar to chronic fatigue syndrome, and as already mentioned, many people appear to have evidence of both.

The distinguishing characteristic of fibromyalgia is muscle pain, which may be all over or in specific muscle groups. This can also be associated with headaches and migraines, facial and jaw pain and numbness and tingling in the muscles. There may be deep muscular aching, and pains are often described as burning, throbbing, stabbing or shooting.

Muscle knots, cramping and weakness may also accompany these. While there are no clinical tests for fibromyalgia, diagnosis is made by the distribution of pain and the number and position of tender spots on the body.

They are often worse first thing in the morning, when the patient wakes completely unrefreshed, stiff and sore. These pains are often improved by gentle stretching and a warm shower. In any case, the things that make the pains better and worse in each individual case makes it easy for the homeopath too choose remedies that will improve the symptoms.

However, the most important aspect of the homeopathic approach to fibromyalgia is the identification of the patient’s “constitutional remedy”. That is certainly the strategy used by Michael Blanch at our Perth naturopathic clinic. It is the remedy that covers the full spectrum of a patient’s pattern of symptoms on all three levels: mental, emotional and physical. Because it is individual to the patient, and because the homeopathic understanding that the symptoms are the healing attempt by the body to the illness, the constitutional remedy works at the deepest level to help restore health completely.

The naturopathic perspective on fibromyalgia may consider the evidence for the links with a number of dietary, lifestyle and environmental factors. This may include allergies, low serotonin levels, viral and fungal infections, hypoglycaemia, chronic inflammation, adrenal fatigue and hypothyroidism, and heavy metal toxicity including dental amalgams.

Fibromyalgia is multi factorial, with each case having its own triggers and contributing factors. At our Perth clinic we treat each case individually.

Patients with fibromyalgia have been shown to have low serotonin levels and high levels of the stress hormone cortisol, which contributes to disturbed sleep patterns. Low levels of serotonin together with poor sleep have been shown to cause an increased sensitivity to pain the next day. At our Perth clinic we can advise naturopathic dietary and lifestyle strategies to naturally increase serotonin levels and reduce cortisol.

As with all chronic diseases and syndromes, the modern understanding is that there is a link between fibromyalgia syndrome and inflammation in the body. While it appears there is a neural component in FM that leads to an increased sensitivity to pain, there is also an increased level of chronic inflammation in the body of sufferers. From the naturopathic perspective, treatment will include reducing pro inflammatory and high GI foods like gluten and grains, dairy, sugar and excess meat, and increasing anti inflammatory foods like most fruits and vegetables, especially those rich in antioxidants.

Clinical Trials of Homeopathy in Fibromyalgia

The first study of homeopathy in fibromyalgia was a randomised controlled trial (RCT) by Fisher and colleagues that was published in the British Medical Journal, 299(6695): 365-6, 1989. In this research, more than twice as many participants reported significantly less pain and improved sleep patterns when given homeopathy as opposed to an inactive placebo. This was a statistically significant result. 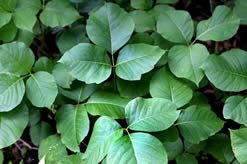 Iris Bell, MD, PhD and others from the University of Arizona School Of Medicine carried out four trials over several years. The results were published in orthodox medical journals, and a synopsis appeared in Rheumatology, 43: 577-82, 2004a, the prestigious journal of the British Society for Rheumatology.

This trial reported that half of patients treated by homeopathy experienced almost twice the improvement of those given a placebo. The researchers measured the EEG readings of both groups. Those treated by homeopathy showed a significant improvement in alpha brain waves, revealing decreased anxiety, whereas those receiving placebo experienced an increase in beta waves, showing the opposite.

Another more recent placebo-controlled trial compared those treated by homeopathy with others treated by conventional means, such as exercise, analgesics, non-steroidal anti-inflammatory drugs and antidepressants, and physiotherapy. The result revealed a superior improvement in function and a slightly better improvement in perceived pain than those treated by the usual means. This research was reported in Homeopathy 98(2): 77-82, 2009.