Children with ear infections are one of the most common presentations at this Perth naturopathic clinic. Homeopathy is particularly effective in their treatment, as has been demonstrated by a series of scientific studies since 1996. Some of these are described and referenced at the end of this page.

Acute otitis media (middle ear infection), glue ear (otitis media with effusion), otitis externa (“swimmer’s ear”) and suppurative otitis media are all treatable by homeopathic medicine. We can take care of both acute ear infections and the chronic recurring tendency of these problems. That is our aim, and homeopathy combined with naturopathic dietary and lifestyle principles help us achieve this.

Acute otitis media often occurs in children accompanying or following a cold. This is what is commonly called an ear infection or “ear ache”. It is mostly viral in origin, but a secondary bacterial infection can occur. However, it is believed that most common earaches are viral. This means that antibiotics will not be effective. Besides, more than one landmark clinical trial has shown little difference between groups treated by antibiotics and those left to resolve in their own time: (McCormick DP, et al. Nonsevere acute otitis media: a clinical trial comparing outcomes of watchful waiting versus immediate antibiotic treatment. Pediatrics June 2005; 115(6):1455.) 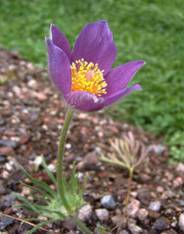 Whether the otitis media (middle ear infection) is bacterial or viral in origin is not important to the homeopath, but understanding the symptom pattern is. Provided the right remedy is chosen, the response to the indicated remedy should be swift. Pain, fever and inflammation can be dealt with in a matter of hours and the problem commonly resolves totally within two or three days, when the treatment can be discontinued.

Each remedy covers a different spectrum of symptoms. Once the specific remedies are determined by the practitioner after a consultation, parents can easily be taught to recognise the difference and give the appropriate treatment themselves when needed.

In any case of poor immunity or recurring tendency to ear infections it is important that we treat the child with a “constitutional remedy”. This is a medicine that covers all the features of the patient, mentally, emotionally and physically. The constitutional treatment helps strengthen the system and break the chronic pattern of ear infections. Combined with this we may use “miasmic medicines”, individually prescribed to the family background and past medical history, that help remove inherited tendencies to chronic disease.

Glue ear is also a common presentation in Perth, and we have a lot of experience at treating and resolving it with homeopathy and naturopathic approaches. This condition is also known as otitis media with effusion and secretory otitis media. It occurs when thick, sticky fluid builds up behind the eardrum and fails to drain through the Eustachian tubes. It is normally painless, although secondary infection and inflammation can occur.

Medical treatment is usually “wait and see”, as most resolve inside three months, or antibiotics if thought needed; but if it doesn’t, tympanostomy tubes or “grommets” are often inserted through the eardrum to allow drainage. 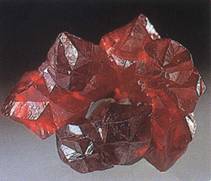 Our approach with glue ear is to give constitutional and miasmic treatment as outlined above. Together with this, if there is pain and inflammation, similar remedies to those described under otitis media are employed. To encourage drainage through the Eustachian tube, there are a number of remedies, that when individually prescribed aid the process of resolution.Suppurative otitis media occurs when the ear drum ruptures and fluid leaks out. If the condition fails to resolve it is known as chronic suppurative otitis media.

The strategies in this Perth clinic are similar to the above. Through remedies specific to symptoms, we deal with the underlying inflammation and any infection. We also treat the constitution to strengthen the body’s ability to heal itself. And finally we utilise homeopathic remedies that will help repair the ruptured tympanic membrane.

In 1996 Friese and colleagues compared a group of students treated for ear infections by homeopathy against a group treated by antibiotics and other conventional therapies. The homeopathic group on average was completely free of pain more quickly: in two days, as opposed to three days in the group treated by orthodox medicine. (Friese KH, Kruse S, Moeller H. Acute otitis media in children: Comparison between conventional and homeopathic therapy. HNO 1996; 44: 462-466)

Kruse and others did a similar six week study in 1988. In the two groups the average duration of pain and the prevention of relapse were similar. (Kruse S. Otitis Media in Children [in German]. Stuttgart: Edition Forcshung,Hippokrates Verlag, 1998.)

One of the most impressive studies was performed by Jacobs and colleagues in 2001. This was a fully randomised controlled trial (RCT), normally regarded as the benchmark for scientific respectability. The eventual result after 14 days was similar (slightly better for homeopathy) but the ear infections treated by homeopathy were relieved more quickly than those in the group group treated by antibiotics.

Follow ups after one year also revealed that the group treated by homeopathy had far fewer recurrences of infections. This supports the homeopathic understanding that we are stimulating the body’s response and that the body learns from the experience. (Jacobs J, Springer DA, Crothers D. Homeopathic treatment of acute otitis media in children: A preliminary randomised placebo-controlled trial. Pediatr Infect Dis J 2001;20:177 183.)