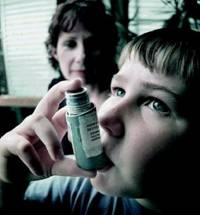 Asthma is a commonly treated condition at this Perth naturopathic clinic. The incidence of asthma has increased greatly in the western world in the last half century, along with many other “atopic” conditions like eczema and hay fever.

There are many reasons for this, but naturopathic dietary approaches combined with homeopathy are a key part of our strategy in managing asthma. Homeopathic medicine is very successful at treating and resolving the acute symptoms of asthma, while “constitutional treatment” helps take care of the underlying predisposition. See the page on Allergies for an overview.

Those diagnosed with asthma are usually already on bronchodilators like ventolin for the acute episodes and in more serious cases steroids or immunosuppressive agents as preventers. In those already under treatment we do not take our responsibility lightly. We start treatment with the patient already on their full spectrum of medication. The preventative treatment is only ever weaned down gradually with their doctor’s permission and active monitoring. We are happy to work directly with your doctor; but even if he or she is a sceptic, they cannot ignore improvements and the need to reduce or remove treatment.

From the initial stages we can usually prescribe remedies for the acute episodes, depending on the exact symptoms. For instance, this would include what times of day the symptoms occur or are worse and anything that makes them better or worse or triggers the episode.

This is only ever worked out in consultation and prescribed individually: we must stress that no over the counter prescriptions are ever made.

We suggest they use their drugs as a fallback response, and carry it with them always, but it is not usually difficult to find a remedy that works quickly and deeply on the immediate symptoms.

Asthma may also be accompanied by or complicated by a cough. See our separate page on the treatment of coughs and bronchitis.

In the meantime the constitutional treatment by homeopathy gradually treats the underlying problem, and many cases will resolve completely in a few months, especially in children; but many cases in adults can also be resolved, and many achieve a permanently improved situation. The sooner treatment is started, and the less suppression by drugs, the better the prognosis.

Underlying many cases of asthma is a familial tendency to atopic problems that also includes eczema and hay fever. (Some think that migraines also belong in the same category.) Maternal atopy has been found to be a more significant factor. That is a baseline weakness, although it may not manifest unless other trigger factors come into play, as explained below.

With homeopathy we treat that familial inheritance with “anti-miasmic” medicines individually prescribed to the case. The constitutional treatment also works on this level, and helps restore health on all levels, mentally, emotionally and physically. We believe that this helps to dampen the expression of the genetic weakness, and that is what we observe in practice. After a course of homeopathic treatment a patient can often go years without symptoms. I have been in practice long enough to have seen former clients go twenty years without problems, and children I have treated for childhood asthma grow into adulthood with no further problems.

The typical western diet is thought to play a part in bringing out the inherited weakness. A protective diet is rich in antioxidants from fresh fruits and vegetables, in anti-inflammatory fatty acids from omega-3 sources like fish and from mono-unsaturated oils like those from avocado, olive oil and nuts (provided there are no direct allergies). Trans-fatty acids like those from fast foods, margarine, packaged foods and pastries, and a diet with high sugar content contribute to the problem. Of course, many children have an inadequate diet, which prompts expression of the problem. 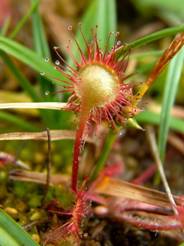 Bacterial and viral infections during childhood also protect against the likelihood of asthma and eczema, by favouring the production of T helper cells Th1. Vaccinations may well play a part in interfering with this. US studies have shown that children with older siblings, or who attended day care and were exposed to more colds and other infections were at less risk from allergies. The paranoia against every cold or infection, and its suppression by antibiotics and other drugs definitely contribute, as more than one study has shown:

Marra F, et al. Does Exposure to Antibiotics During Infancy Lead to Development of Asthma? A Systemic Review and Meta-analysis. Chest. 2006; 129:610-618.)

Following this, researchers at the University of Michigan Medical School discovered a rationale. Antibiotics change the bowel micro flora, causing increase in candida overgrowth, which then contributes to a cascade of problems with dietary polyunsaturated oils. In turn, this promotes an increase in inflammatory mediators and sensitises the lung mucosa to aspergillus spores (a mould like candida). The end result is an increase in allergic reactions, and they conclude that changes in the gastro intestinal mucus membrane has an important influence on respiratory mucosa.

We find it useful in this clinic to use the protocols of Drs Bach and Paterson that influence the gut directly. Especially in cases that have received multiple antibiotics, we find the response to these individualised treatments excellent. This then creates a bridge to allow the deeper constitutional treatment to work.

While we believe that it is important for the individual to have the opportunity of exposure to acute disease, there is also evidence that exposure to potential allergens actually helps protect against the risk of asthma. US studies have again shown those children without pets, and those who had less exposure to house dust, far from being less prone to asthma, had significantly more risk of developing it.

Once again, all of this supports the philosophies of both homeopathy and naturopathy that we are part of nature and must learn to live by its laws rather than fight against. Our evolution is intimately tied in with the rest of nature. The ecology of the environment we live in may help our health, and tends to harm us more seriously only when we transgress its laws. We cannot live in a bubble isolated from the natural environment; nor should we. As these studies show, our immune system needs the challenges provided by that environment, including disease causing agents, to become stronger.

An important point to be made here is that treatment by homeopathy of a patient’s acute infections and avoidance of antibiotics and steroids is an integral part of the strategy in preventing as well as managing asthma in that patient.

To summarise, there is less chance of negative impact from the ecology around us if we live as close to nature as possible. Even the harmful influence of our inheritance may be modified by homeopathic treatment. If infections do occur, homeopathy in most cases can resolve the infection while helping the immune system in its positive response. In this way it is better able to recognise similar infections in future.

Should asthma develop, homeopathy is able to provide an excellent first line approach for resolving the problem. That is the experience of this clinic. In those whose immune systems have already been compromised by poor diet and drug suppression, the homeopathic approach can also often reverse the pattern and restore full health.

In this study published in the prestigious medical journal lancet, 28 patients with allergic asthma, most of them sensitive to house-dust mite, were given homeopathic treatment or placebo. This was complementary to their conventional drugs. A difference in visual intensity of symptoms score in favour of homeopathy appeared within one week of starting and persisted for up to 8 weeks. “There were similar trends in respiratory function and bronchial reactivity tests.”