Fibromyalgia and other chronic pain syndromes are being increasingly treated at Cottesloe Naturopathic Clinic   in Perth. Rather than being different diseases, these disorders are now identified by some as part of a broader category known as Central Sensitivity Syndrome (CSS).They appear to be a symptom of the stress of modern life and the toxicity of our environment.

Other presentations  that may fit this category include Chronic Fatigue Syndrome (CFS), Temperomandibular Disorders (TMD), Myofascial Pain Syndrome (MPS), Interstitial Cystitis (IC), Vulvar Vestibulitis Syndrome (VVS), Restless Legs Syndrome (RLS) and even the very commonly diagnosed Irritable Bowel Syndrome (IBS) and PMS. It is thought that rheumatoid arthritis (RA), although autoimmune, also has a component of CSS.  In fact many patients display more than one of these disorders.

Symptoms of Central Sensitivity Syndrome are variable and causes and triggers are different for each patient. But that is exactly why homeopathy and other natural approaches are so successful in its treatment. These are “functional” disorders. This means that there do not appear to be pathological changes in body tissue to account for the pain and other discomfort. In other words, the function is disturbed only. The opposite to functional is “pathological”, which is is where there are tissue changes to account for the problem. There is no “disease”.

The Cause of Central Sensitivity Syndrome?

So what is the issue? The pain is real, but it doesn’t depend on the intensity of the stimulus. Or at least it takes far less stimulus to elicit a pain response than in a healthy individual. In each case of Central Sensitivity Syndrome there doesn’t appear to be anything wrong in the tissues themselves.

These patients with fibromyalgia and other CSS disorders are simply more sensitive or more sensitised.  An initial trauma is often the trigger to their problem. But then it appears the central nervous system becomes hypersensitive to pain signals.  The damage is to the nervous system itself and its hormonal responses, not the site of the pain. A disturbance of neurotransmitters like serotonin and dopamine may be involved. This further affects sleep patterns, causing insomnia, which in turn worsens the condition. 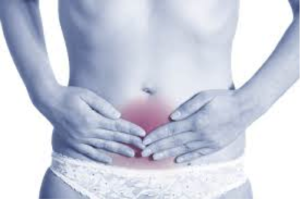 Emotions, Stress and the Holistic Aproach

Of course, emotional trauma may be involved as part of this sensitising process.  Stress and adrenal factors also play a role, and it rapidly becomes a vicious cycle. This is why homeopathy and naturopathy with their holistic approach are uniquely placed to treat Central Sensitivity Syndrome.

Homeopathy in particular, with its individual approach has proven very successful in the treatment of fibromyalgia. In our Perth clinic we also find it successful for other Central Sensitivity Syndromes: interstitial cystitis, vulvar vestibulitis syndrome, irritable bowel syndrome, restless legs syndrome and others.

A randomised controlled trial published in a medical journal  ( Rheumatology 2004;43:577–582) indicated that homeopathy “showed significantly greater improvements in tender point count and tender point pain, quality of life, global health and a trend toward less depression compared with those on placebo”. You can view the pdf of the study in reference 4 below.