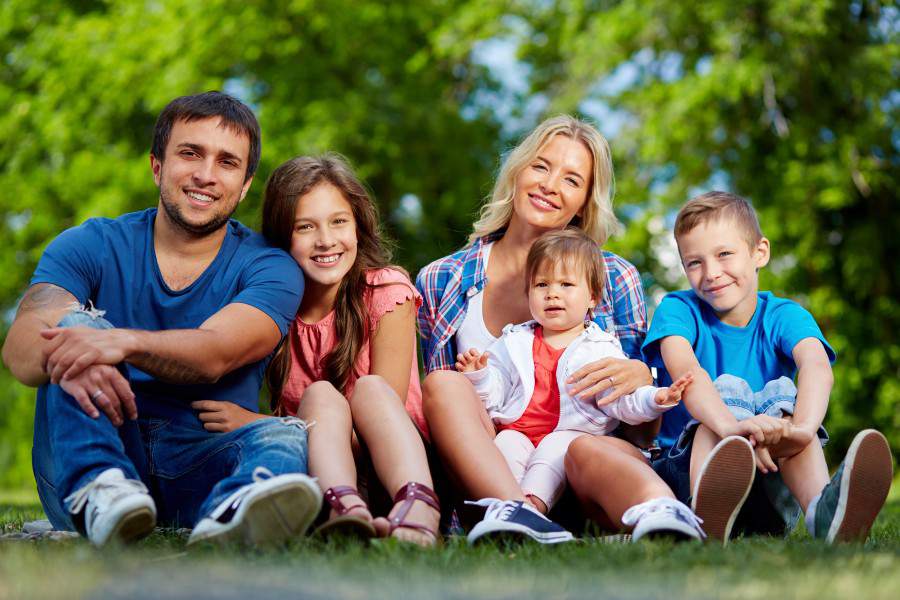 At our Perth clinic we see a lot of kids with swollen, enlarged tonsils. Dietary changes and herbal and homeopathic treatment can shrink tonsils and avoid surgery. This is important, because the tonsils are an integral part of the immune system. Removing them is like a mechanic disconnecting the wires to a red light on your car’s dashboard instead of fixing the problem.

This may still be necessary in some cases however. So please see your GP first for any necessary tests, to understand what is going on. Our first question to patients and parents is: “Have you already seen a doctor about this issue?”

The tonsils and adenoids are part of the body’s defence against foreign invaders. They swell in response to an immune challenge and therefore help the body respond.

This challenge may be from a bacteria or a virus and the cause is therefore an infection. This is usually a short term thing, and once the challenge passes, the tonsils should shrink.

It is part of the body’s learning response. Children get more respiratory infections than adults because they have more to learn, just like in other areas of life. The response to minor problems like colds helps educate the immune system against more deadly diseases. Therefore it is usual to see a kid’s tonsils slightly enlarged. That is no real cause for concern.

Other pages relevant to this blog post include: Naturopathic and homeopathic treatment of children, of babies and infants, coughs and bronchitis, colds and flu, how to boost kids’ immunity naturally, ear infections and glue ear, natural winter remedies for kids’ coughs and colds and asthma.

What if the tonsils are always enlarged? Firstly, you need to see a doctor to find out if tests are needed to rule out more serious pathology. But in most cases this is simply a sign of inflammation. The cause will be a chronic immune challenge. Not an immune response to an infection but a response to toxic irritation in the tissues  We need to seek the cause.

The first cause to consider is a poor diet, with lots of foods that promote inflammation. This usually includes sugar and foods that contain too much sugar, such as fruit juices. Too many starches and empty carbohydrates like refined foods promote this issue.

Wheat and gluten can be a problem for many. Glutens and lectins in grains will promote inflammation, especially in an immature gut and immune system. These things do not require an allergy, or even an intolerance as we normally define it. They should be a small part of a child’s diet, not three or four or more times a day, as we usually see. 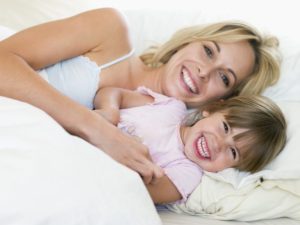 Allergies and intolerances are another issue. Wheat (again) and dairy are the two major allergens. In themselves they are also acidic and mucus forming. They therefore contribute to the inflammation and swelling of the tonsils and adenoid glands. In most cases we suggest eating less of these foods. But only in difficult and severe cases do we suggest eliminating them. Homeopathy can treat and reduce the reaction to these foods.

Often there are environmental causes. Allergy or sensitivity to house dust and moulds is usually part of the problem. Once again, treatment at this clinic can reduce the triggers. Here is our page on how to desensitise allergies naturally.

Naturopaths and homeopaths have been saying it for years, but we’ve been laughed at. The tonsils have a purpose, and removing them has negative consequences on general health.

In this study, more than one million individuals in Denmark who had tonsils and/or adenoids removed between 1979 and 1999 were followed up to age 30. The results were as follows. There was a 2- to 3-fold increase in diseases of the upper respiratory tract, and a 17% increase in risk of infectious disease generally. They also noted a significant increase in allergies.

So apart from the negative impact of surgery itself, having the tonsils out should not be seen as a simple issue of removing the problem. There are long term implications. And there are alternative solutions that also improve the general health and boost immunity at the same time. 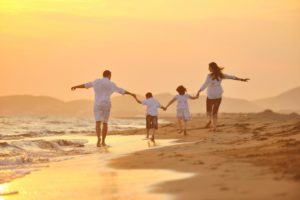 as a result of chronic inflammation through poor diet and allergy factors – are more prone to infections. Furthermore, using antibiotics to treat tonsillitis compounds the problem.

Why? Because these drugs suppress the immune system. They weaken the bowel flora, which is an important part of immunity. They also damage the gut lining and cause leakage of proteins into the blood, causing more inflammation, which in turn helps swell the tonsils. Also, the body does not learn to build its own immune response. This results in further infections. It is a vicious cycle.

There is a natural, effective alternative to antibiotics . At our Perth naturopathic clinic we use homeopathy to treat acute tonsillitis, which responds well and quickly. Remedies like Merc, cyan., Hepar sulph. and Baryta carb. can rapidly reduce pain and swelling and fix the issue, often more quickly than antibiotics. The unique symptom picture is the guide to the prescription. Herbs like Poke root, Clivers and Echinacea can also help.

When we treat children with swollen tonsils, our focus is on diet and treatment of acute infections. But we also help boost the immune system and reduce inflamed tissue. Achieving this means that the tonsils will reduce in size. The last is through constitutional homeopathic medicine. Remedies that have an affinity with the tonsils and adenoids help also. There are also certain remedies that help reduce symptoms like snoring and sleep apnoea.

If you are unfamiliar with the principles of homeopathy, please visit the page homeopathy explained.

The page how to boost kids’ immunity naturally contains important strategies that will help swollen tonsils.

Here are some examples of children treated for  enlarged tonsils and tonsillitis:

Leo was a four year old with large tonsils and recurring tonsil infections.
He was snoring at night and had sleep apnoea. Colds were frequent, which quickly became tonsillitis. He was a large child for his age. He sweated from the head in bed at night. He was slow, weak and tired. When sick he became very lethargic and never wanted to leave the house or do anything. Warm drinks relieved the very painful tonsil infections, and there was also a dry barking cough that followed. The remedy Calcarea carbonica improved his immune system and over a few months reduced his tonsils to normal. Hepar sulph. fixed any tonsillitis and cough, and Nux vomica relieved the snoring while Calc. carb. did its job.

Melissa was an eight year old with swollen tonsils and recurring strep throat tonsillitis.
She was lean and tall for her age and was growing rapidly. She was having trouble with her permanent teeth coming through, which was causing pain and distress, and suffering growing pains. There was snoring at night. The pain from her tonsillitis was sharp and cutting and associated with fever and sweats. The remedy Calcarea phosphorica was the remedy she needed, which shrunk the tonsils. Merc cyan. treated the tonsillitis, when it occurred. Over a few months the infections stopped and the tonsils normalised. and all other symptoms improved.

Tom was a six year old with recurring tonsillitis, snoring, sleep apnoea and swollen tonsils.
They were touching the uvula in the centre of the back of the throat. Tom was small for his age and there were some symptoms of development delay. He was also quite shy and timid, especially when sick. Large swollen glands were around his neck, the back of his head and in his groin. The remedy Baryta carbonica fixed all his problems within a few months, including his development issues.

These are examples only, to show you how homeopathy can help. They do not present the full reasons for the prescriptions, and we do not mean to suggest that these remedies will help every case. Homeopathy must be individually prescribed. The choice of medicine, potency and repetition need to be determined by a trained homeopath.

Homeopathy is a traditional medicine. It may be used in conjunction with other medicines. For any ongoing chronic condition, it is important to be assessed or examined by your healthcare professional or specialist. Always seek medical advice in emergencies.

The information in this article does not constitute medical advice. It is referenced from the texts approved by Therapeutic Goods Administration and is for information only. If in doubt as to the appropriateness of a treatment seek advice from your homeopath.